The Alabama Ballet will hit the road this season to various cities across the state.

For more information about each of our tour dates, please see below. 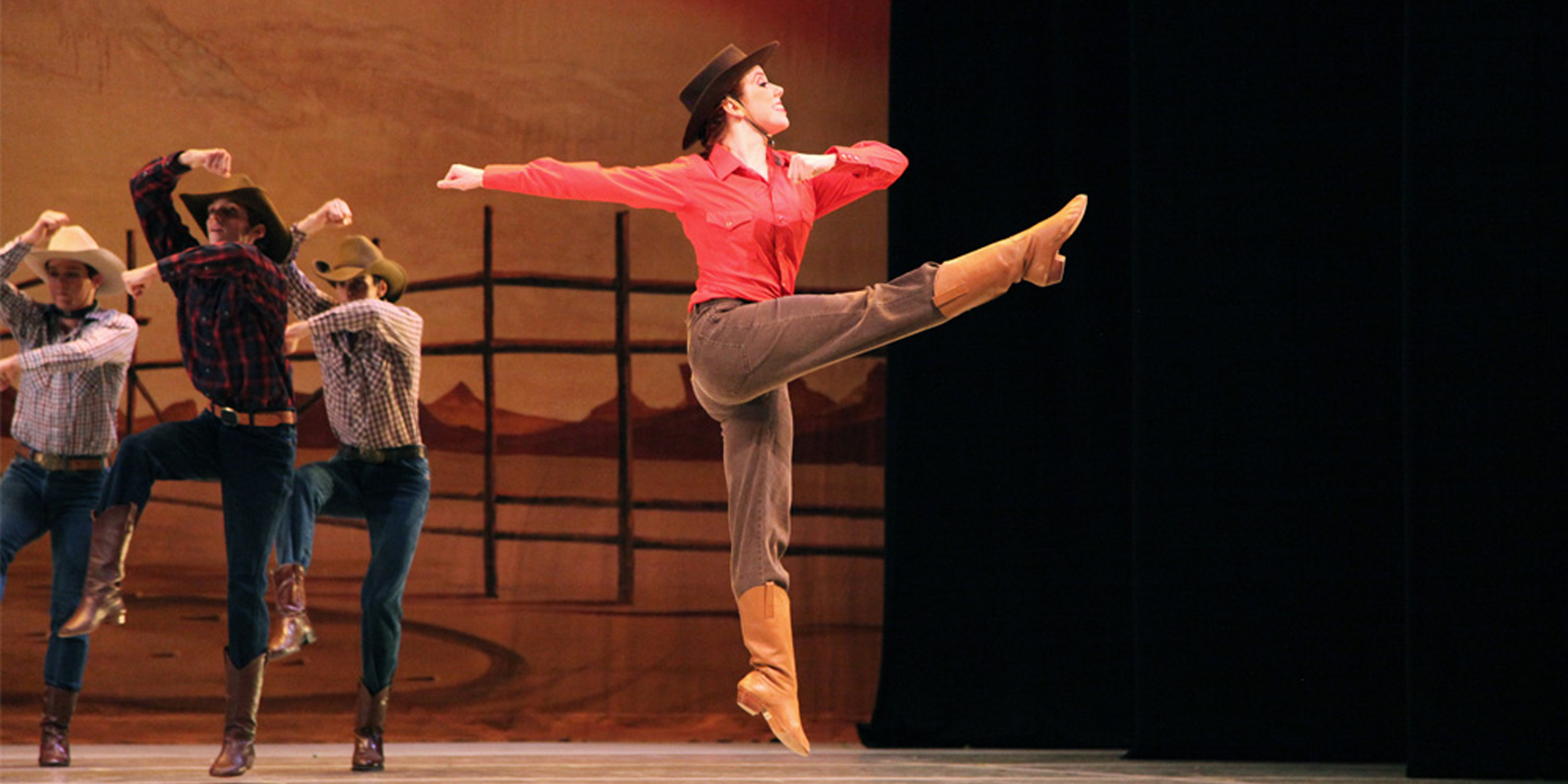 Alabama Ballet will perform at the Clanton Conference & Performing Arts Center on Sunday, October 3, 2021 at 2:30pm.

Rodeo is the touching story of a tomboy in search of love. The cowgirl, who DeMille
admitted was based on herself as a young woman, is a misfit among the men and women in her community. Agnes has said, “She acts like a boy, not to be a boy, but to be liked by the boys.” Hers is a bitter lesson, but she learns it at the ballet’s denouement when she puts on a dress and goes to the hoe-down. She finds her man, and she finds him through dancing. The ballet features bravura dancing for the men in a unique style derived from horseback riding and cattle roping. A work by turns robust and tender, full of optimism, Rodeo is a celebration of the pluck and spirit of the American character.

The story takes place in Spain during the presence of Napoleon’s army. The heroine is the young gypsy girl, Paquita. Unbeknownst to Paquita, she is really of noble birth, having been abducted by gypsies when she was an infant. She saves the life of a young French officer, Lucien d’Hervilly, who is the target of a Spanish governor who desires to have him killed by Iñigo, a gypsy chief. By way of a medallion, she discovers that she is of noble birth, being in fact the cousin of Lucien. As such, she and the Officer are able to get married.